Home > Blog > Ash Wednesday-About what and why?

Ash Wednesday-About what and why? 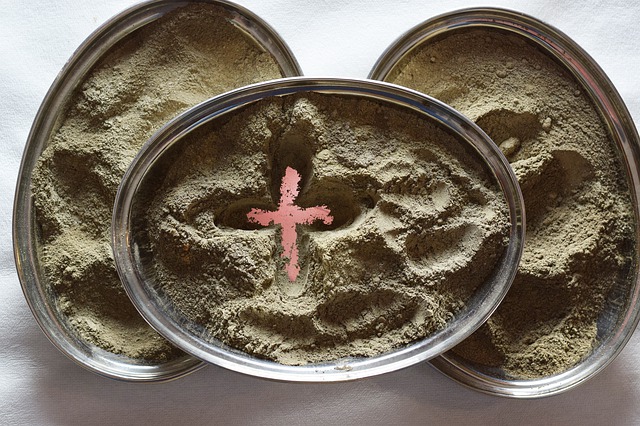 At some point in the past, you might have shared images or wallpapers to mark and spread the importance of Ash Wednesday. It is one of the most significant and popular holy days in the liturgical calendar. But if you’ve ever wondered about the origins, historical significance, and other trivia around this special day of fasting, prayer, and abstinence, read on to know more about how it all began.

Ash Wednesday is observed to mark the onset of the season of Lent, the 40-day period of fasting and self-restraint leading up to Easter Sunday. The day is also known as the “Day of Ashes” because the devout have their foreheads marked with ash drawn in the form of the Cross. The name Day of Ashes has been derived from “Dies Cinerum” found in the Roman Missal; although the exact roots of the day cannot be found, it can be traced back to the earliest existing copies of the Gregorian Sacramentary. It is widely believed that its observance was followed by the Roman Catholics starting in the 6th century; marking the forehead with ashes on Ash Wednesday is likely to have originated during the papacy of Gregory the Great. During the Council of Nicea, Catholics started the tradition of observing Lent in about 325 CE. Although Ash Wednesday is probably most closely associated with Catholics, its significance is recognized by many Christian denominations and sects, including some Baptists, Presbyterians, Episcopalians, Methodists, Anglicans, Lutherans, and the Western Orthodox Churches.

The Evolution of Lenten Lore

According to the Old Testament, ashes were used both as a sign of mortality and humility. In other words, it is seen as a sign of sorrow as well as a symbol of repentance for sins. The Old Testament’s biblical custom also supports the Christian connotation for ashes in the liturgy of Ash Wednesday. In the 10th century, members and followers of the Anglo-Saxon church received ashes on their forehead as a sign of sorrow for their sins and a reminder of mortality. In 1901, the custom was accepted universally throughout the Western church at the Synod of Benevento.

Initially, the ashes were used to signify penance as a matter of one’s private devotion. Subsequently, it gained prominence as a part of the official ritual for repentance in public. The ashes became a motive for fellow Christians to embrace those who had sinned, look at them with sympathy, and pray for their return to the fold. This ritual evolved with the passage of time and the ashes emerged into its present custom of marking the start of the Lenten season on Ash Wednesday. It is also associated with the adoption of the way of “Righteousness” as explained in the Book of Revelation.

Duration of Lent — Then & Now

The roots of the word Lent are embedded in the Middle English word “Lente”; it denotes “springtime”. The season of Lent is observed for a duration of 40 weekdays beginning from Ash Wednesday. It ends on Good Thursday and is observed as a period of fasting and repentance by the Roman Catholics, Eastern churches, and some Protestant churches as well. Sundays are not excluded from the 40-day count of the season. Hence, technically, the season of Lent lasts for 46 days. Initially, the duration of Lent was only for 36 days; subsequently, it was extended to the present duration of 40 days.

An interesting question may come to mind as to why the duration for observing the season of Lent lasts for 40 days. The reason behind it is that the number 40 holds significance for Christians. Christ spent that many days and nights in the desert, during which he was tempted several times to sin against God. Noah witnessed 40 days of rain until the highest mountain was covered in water. The time between Jesus’ resurrection and ascension was 40 days.

Other than staying away from feasting and merriment, fasting is one of the fundamental principles of Lent. According to the Catholic tradition, believers and followers should not consume meat during Lent. However, nowadays, this rule has been simplified and prohibits followers from eating meat only on Fridays. Catholics between the ages of 18 and 59 should fast every Wednesday after Ash Wednesday, although one can eat a single regular-sized meal along with two small meals. Elderly people, small children and those who are sick or suffering from an ailment are exempt from keeping a fast.

How Do You Calculate the Date?

The date on which Easter is celebrated each year depends on the full moon of Passover or Paschal. It has been observed that Easter occurs on a Sunday between March 22 and April 25. One can use mathematical formulas to calculate when Easter will fall on any given year. Once the date for Easter is known, one can easily calculate the date when Lent begins. One simply needs to count 46 days (including Sundays) or 40 days (excluding Sundays) from Easter to determine the date of Ash Wednesday.