Holy Places for Christianity in Jerusalem 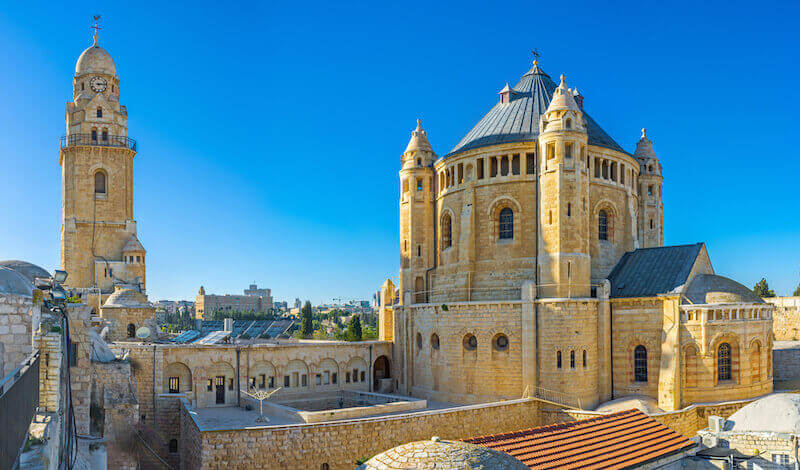 As you skim through the pages of travel glossies, surf the Internet or engage in animated conversations with your friends and family to select your next destination for religious succour, one name that crops up is: Jerusalem. This ancient city boasts of a concentration of holy sites that are of utmost significance to devout followers of Christianity. But if undertaking a pilgrimage acts as a deterrent or you are faced by other hurdles, consider sending a prayer request to these holy sites. Let us take a look at some of these places where you can Send a Prayer Request to Jerusalem.

The Church of the Holy Sepulchre, also known as Holy Sepulchre, is believed to be the place where Christ was crucified, buried and resurrected. As early as the 2nd century, the hill where the church is located has been a site of worship; the first building that was built here was a temple dedicated to the worship of Aphrodite. One can see the Stone of Unction, which marks the spot where Jesus’s body was prepared for burial, the Angel’s Stone (a piece of the rock used to seal Christ’s tomb), and the tomb itself. The New Testament claims that Christ was crucified at Golgotha, the place of the skull. Constantine the Great constructed the first church on the site. Saint Helena, Constantine’s mother, discovered the relic of the “True Cross” of Christ’s Crucifixion in 326 C.E.
The visiting hours during April-September are between 5 a.m. and 9 p.m. except on Sundays when it closes at 8 p.m.; one can visit the church from 4 a.m. to 7 p.m. during October-March. You can avoid the long winding queue at the church by sending a prayer request.

The discovery of The Garden Tomb dates back to 1867. Some Christians consider the site to be an alternate location of the crucifixion, burial, and resurrection of Christ. The Garden is referred to in the Bible as Golgotha or “Calvary”, it comprises a rock formation similar to the shape of a skull. The site is an ideal choice for prayer and reflection. There are places for visitors to take rest, drinking water and other facilities, and wheelchair access. The site is of utmost importance to both Evangelical and Protestant Christians. The Tomb gained Biblical prominence when General Charles Gordon (also known as Gordon of Khartoum)  discovered the site in 1883. According to archaeologists, the tombs can be traced back to the 7th to 5th centuries BCE. Visitors can explore the place throughout the week from Monday to Saturday from 8.30 a.m. to noon and 2-5.30 p.m. Alternatively, you can send a prayer request. 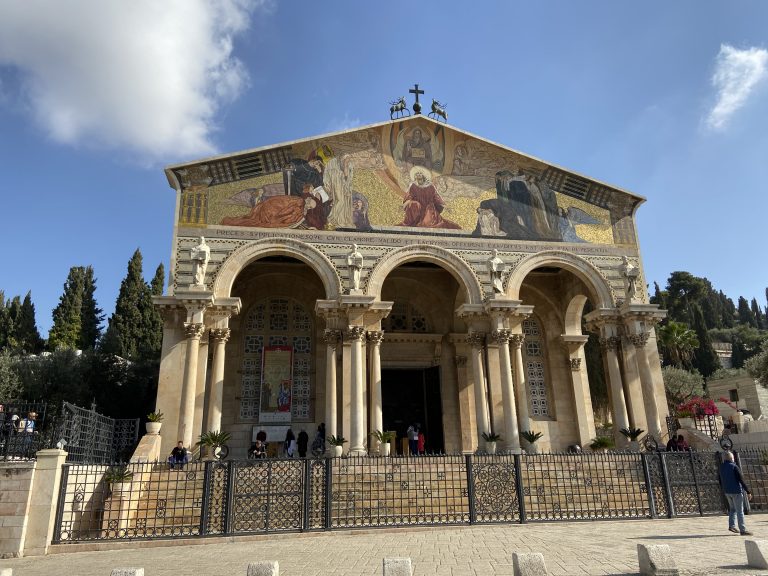 In 1924, the Church of All Nations, also known as the Basilica of the Agony, was constructed on the remains of a 4th-century basilica and a chapel built by the Crusaders in the 12th century. The church is located at the foot of the Mount of Olives in Jerusalem alongside the Garden of Gethsemane facing the walls of the Old City. The bubble-domed roof gives the structure a distinct Byzantine appearance. A magnificent mosaic spread across a row of Corinthian columns depicts Christ as an intermediary between God and humankind. The church marks the place where Christ prayed on a section of the bedrock in the Garden of Gethsemane on the eve of his arrest and crucifixion.
The site is open to visitors from 8 a.m. to noon and 2-6 p.m. Visiting hours are until 5 p.m. between October and March.
If time constraints or other factors act as a deterrent for you to physically visit the place, you can always send a prayer request to Jerusalem to this holy site.

The name “Dormition” means “coma”, and the neo-Romanesque monastic church located on Mount Zion commemorates the Virgin Mary’s “eternal sleep” and ascension to heaven. In the early 20th century, the complex was constructed over the ruins of a Byzantine church; hence, it is also known as Hagia-Maria-Sion Abbey. In 1898, German emperor Wilhelm II built the church on a piece of land received from the Ottoman sultan during his visit to the Holy Land. In 1910, the church was inaugurated and stands out as a major landmark with its round shape, lead-covered conical roof, four turrets, and bell tower.
The site is open to visitors from 11:30 a.m. to 5:30 p.m. on Sundays and from 9:00 a.m. to 5:30 p.m on Working days.
Alternatively, you can always send a prayer request.

The church, built in 1931, is located on the eastern slope of Mount Zion outside the Old City of Jerusalem. The site is believed to be the palace of the High Priest Caiaphas and the place where Christ was arrested and imprisoned. It commemorates the triple denial of Christ’s apostle Peter, his repentance, and reconciliation with Jesus after the Resurrection. You can visit the church at the following times: from Mon-Fri: 8am to 11.45am, 3pm to 5pm. Sunday 3pm to 5pm.

Or send a prayer request online and we will deliver the prayer on your behalf.