The 5 Most-visited Holy Places in the Holy Land 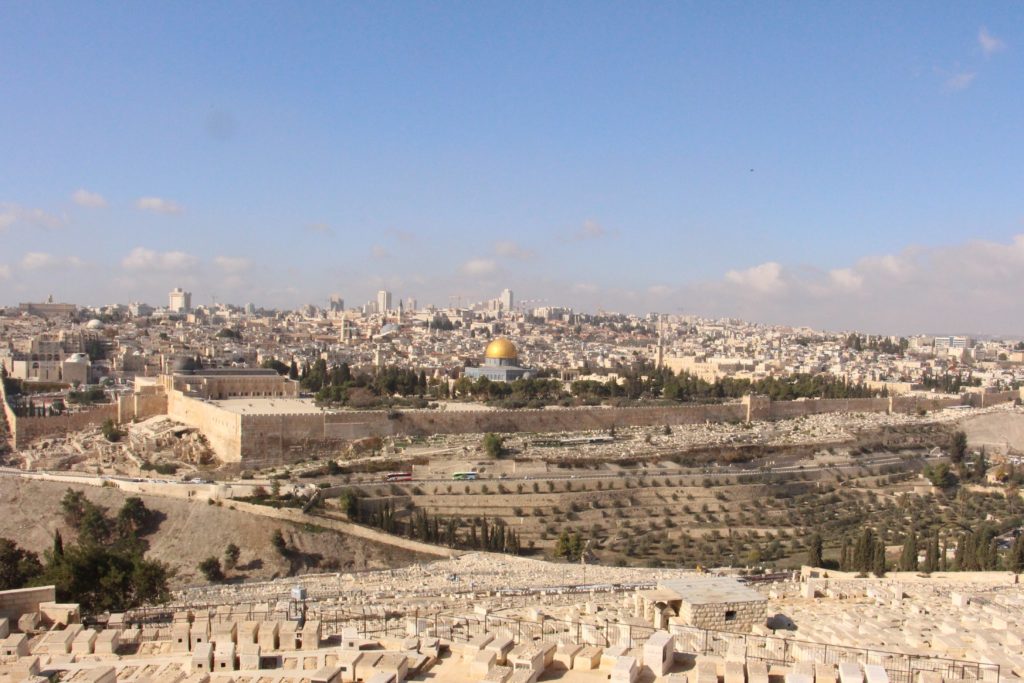 The historical land of Israel is home to countless Holy Places that are sacred for Christians the world over. For thousands of years, Christians have been visiting Israel to offer a prayer request to seek divine and spiritual enrichment the Lord in some truly historic and important locations.

Every year, hundreds and thousands of visitors throng the myriad sacred sites that can be found all over Israel. Here, we look at some of the most visited Holy Places in the Holy Land.

Not only is this site one of the most-visited of Holy Places, but it is also perhaps the holiest one for Christians all over the world. The Church Of The Holy Sepulchre, after all, is the place where Jesus was crucified, buried and resurrected.
You will find the ‘Stone of Anointing’ right at the entrance of the church. It is believed that this is where Jesus was consecrated before he was crucified. Inside the church, you will also get to see the Rock of Calvary – this is where the Crucifixion is believed to have taken place. It is enclosed within the Altar of the Crucifixion and is historically the most-visited area in the church.
For a long time now, the Church Of The Holy Sepulchre has been a pilgrim’s favorite for Christians. Located in the northwest quarter of the Old City of Jerusalem, the church opens at 5 am and sees a steady stream of visitors on a daily basis. As such, arriving early to offer your holy land prayer request is advisable

Send your prayer to the Holy Sepulchre

This is not just a site for those seeking the Holy Place: it can also be relished by Christian tourists who wish to indulge in some hiking.
The Jesus Trail has been recently created and stretches from Nazareth to culminate on the banks of the Sea of Galilee. Christian tourists who are interested in exploring more about the rich culture that prospers along the Galilee will really enjoy this hike.
The hike usually takes up 4 to 5 days and the spectacular Galilee landscape is certain to enthral you. You will also get to witness famous places mentioned in the New Testament, like Cana and Zippori. Many young pilgrimages strive to hike this trial during the spring. The weather is perfect, the land is green and the streams are full of water. In order to find camping sites along the trial, we reccomend to check out https://ifreecamp.com/– the best online guide for camping in Israel

Famously called “The town of Jesus”, Capernaum is on the must-see locales list for countless Christian tourists.
Capernaum has found its name mentioned several times in the Bible as Jesus lived here for a while during his years of ministry. Capernaum is also the hometown of Jesus’ first apostles: the fishermen Peter, James and John, Andrew, and the tax collector Mathew. It is also here that Jesus is said to have performed several miracles, so it is no surprise that it is considered one of the most popular Holy Places in the Holy Land.
In Capernaum, you will find plenty of churches that honour the life of Jesus. Church of the House of St. Peter and Greek Orthodox Church of the Holy Apostles are two of the most famous ones that one must visit here. You can rest assured that you will find the most peaceful environment for sending your prayer request here.

Qasr el Yahud is important for Christians as it is the place where Jesus is considered to have been baptized by John the Baptist (Matthew, 3: 13-17). This is also the site where the Israelites crossed the Jordan into the land of Canaan. Located on the road to Jericho off Road 90, the place is considered holy by Christians and is often visited by those who want to revisit their spiritual roots.
After undergoing widespread renovations, the place is now open to the public. Here, you will get to see remains of ancient churches dating as far back as the 5th century. Another thing you should watch for here is the cross-shaped baptismal pool.
Be warned, though: Qasr el Yahud is one of the hottest places in Israel, so you will need to be fully hydrated before you reach here.
While the place isn’t as glamorous or spectacular as some of the other Holy Places mentioned above, people derive immense spiritual value and peace from this holy place.

Having a population of over 60,000, Nazareth is the largest Arab city in Israel. Jesus, along with his parents, spent a large part of his childhood in Nazareth after returning from Egypt, making it one of the most important Biblical places in the region.
There are several popular holy sites in Nazareth, and the Basilica of the Annunciation is perhaps the most well-known as it is the biggest Christian church building in the Middle East. The Church of St. Joseph is another sacred site in Nazareth which was built over a cave – considered to be the carpentry workshop of St. Joseph.
When in Nazareth, you must also visit Mary’s Well. While this is a public fountain, it is believed that the age-old well was fed by Mary’s Spring.

THERE ARE, OF COURSE, A NUMBER OF OTHER SITES OF RELIGIOUS SIGNIFICANCE THAT YOU CAN VISIT IN THE HOLY LAND.

VISITING THESE HOLY PLACES OF ISRAEL IS AN IMPORTANT AND SPIRITUAL EXPERIENCE FOR HORDES OF BELIEVERS AND DOUBTING THOMASES ALIKE!