Home > Blog > Where was Jesus for three days?

Where was Jesus for three days? 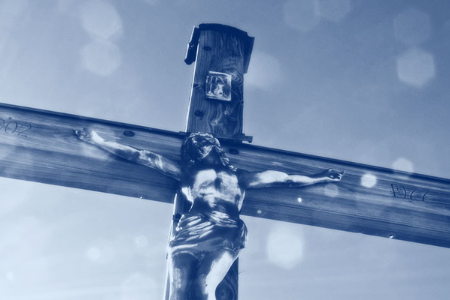 Or should we start with the question – what happened to Jesus while he was dead?

The Bible is not clear or rather does not give a chronology of events, of what happened to Jesus after his death and before the resurrection. This article will attempt, using biblical records, to look at what happened during those days.

Jesus Christ headed His spirit to the Father, died physically, and entered paradise,

However, at some time between His death and resurrection, it is recorded that Jesus Christ also visited a place where He delivered a message to spirit beings. This might have been fallen angels, according to Jude 1:6.

“And the angels who did not keep their positions of authority but abandoned their proper dwelling—these he has kept in darkness, bound with everlasting chains for judgment on the great Day”

Records also show that these beings were somehow also related to the period before Noah’s time, according to 1st Peter 3:20

Peter does not, however, tell us what Jesus Christ said to the fallen angels, but this could not have been a message of salvation. According to Hebrews 2:16 “For surely it is not angels he helps,” to say that angels can’t be saved.  But as recorded in 1st Peter 3:22 “who has gone into heaven and is at God’s right hand—with angels, authorities and powers in submission to him.” and Colossians 2:15,

“And having disarmed the powers and authorities, he made a public spectacle of them, triumphing over them by the cross”.

The Captives and the Saints

According to Ephesians 4:8-10, and quoting Psalms 68:18, Paul says that “when He ascended on high, he took many captives”. This may mean that Jesus gathered all the redeemed who were there and took them to their permanent dwelling in heaven.

Jesus had supported the saints and brought them to their eternal home. It is during this period that he also proclaimed victory over the fallen angels who are in prison.