Do you need to win over something? Be bigger than your fears, like in the biblical story of David and Goliath!

Join us for a special prayer in the Valley of Elah, in the heart of the Holy Land, at the exact historic site of the famous battle between David and Goliath. 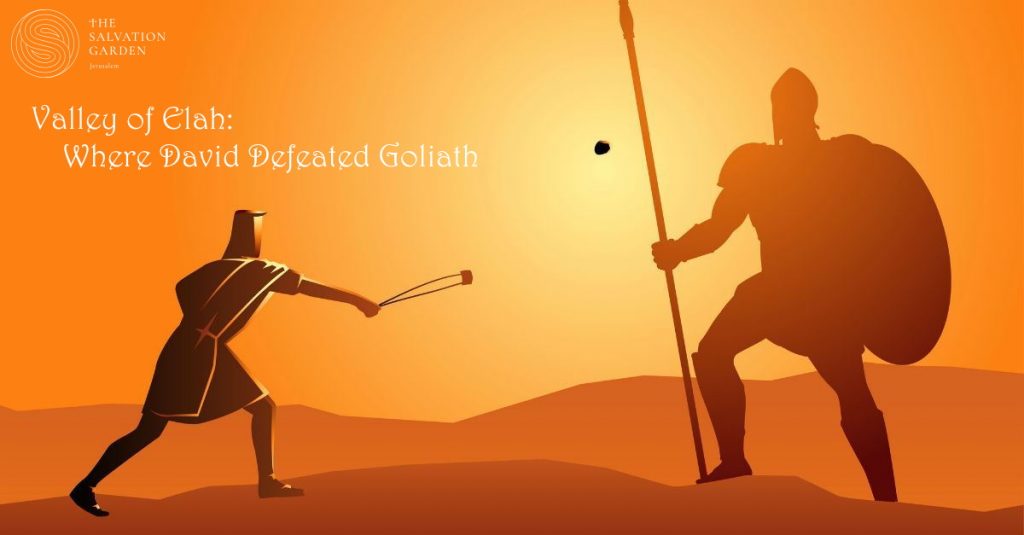 David and Goliath: Faith of Strength

The Bible tells us how the Philistine army had gathered for war against Israel. The two armies faced each other, camped for battle on opposite sides of a steep valley. A Philistine giant measuring over nine feet tall and wearing full armor came out each day for forty days, mocking and challenging the Israelites to fight. His name was Goliath. Saul, the King of Israel, and the whole army were terrified of Goliath.

One day, David, the youngest son of Jesse, was sent to the battle lines by his father to bring back news of his brothers. David was just a young teenager at the time. While there, David heard Goliath shouting his daily defiance, and he saw the great fear stirred within the men of Israel. David responded, “Who is this uncircumcised Philistine that he should defy the armies of God?”

So David volunteered to fight Goliath. It took some persuasion, but King Saul finally agreed to let David oppose the giant. Dressed in his simple tunic, carrying his shepherd’s staff, sling, and a pouch full of stones, David approached Goliath. The giant cursed at him, hurling threats and insults.

David said to the Philistine:

“You come against me with sword and spear and javelin, but I come against you in the name of the Lord Almighty, the God of the armies of Israel, whom you have defied … today I will give the carcasses of the Philistine army to the birds of the air … and the whole world will know that there is a God in Israel … it is not by sword or spear that the Lord saves; for the battle is the Lord’s, and he will give all of you into our hands.” (1 Samuel 17:45-47)

As Goliath moved in for the kill, David reached into his bag and slung one of his stones at Goliath’s head. It found a hole in the armor and sank into the giant’s forehead. He fell face down on the ground. David then took Goliath’s sword, killed him and cut off his head. When the Philistines saw that their hero was dead, they turned and ran. The Israelites pursued, chasing and killing them and plundering their camp.

Sometimes prayer is the answer. The team of The Salvation Garden works hard to take prayer requests from all around the world to the holy sites of the Holy Land. The heartwarming thank-you letters give us the energy to continue. The stories about prayers answered and true miracles strengthen our faith.

Most days, we pray for you at the holy churches of Jerusalem. From time to time, we arrange a special delegation to an important pilgrimage site, taking your prayer requests to the most unique sites of Israel, where Jesus lived and preached.

This time, we invite you to join us in prayer at the ancient site of the Valley of Elah, the place where David defeated Goliath. This is where the bible teaches us that size doesn’t matter and doesn’t determine what’s possible for each and very one of us.

We can all do unimaginable things, conquer our fears, win, heal, help others. Just like the young David did, with faith in the Lord.

We believe that anything is possible and that we must not underestimate our capabilities. With a faithful prayer, you too can set your path in the right direction and have God with you along the way.

Prayer Request at the Valley of Elah

The Valley of Elah is located about 17 miles west of Jerusalem and Bethlehem, on the Western edge of the Judean lower hills. It’s not a developed site and a little difficult to reach. The delegation would take both a 4×4 vehicle, some hot weather walking, and security arrangements.

To place your prayer request for the special delegation to the Valley of Elah, please click here.

There, write your personal prayer request, select at least one holy church, and click Continue. In the next page, select the Valley of Elah option. Your generous donations cover the travel and security arrangements, thank you!

This first special delegation took place on May 8th, 2021. The next is scheduled for later in June 2021. 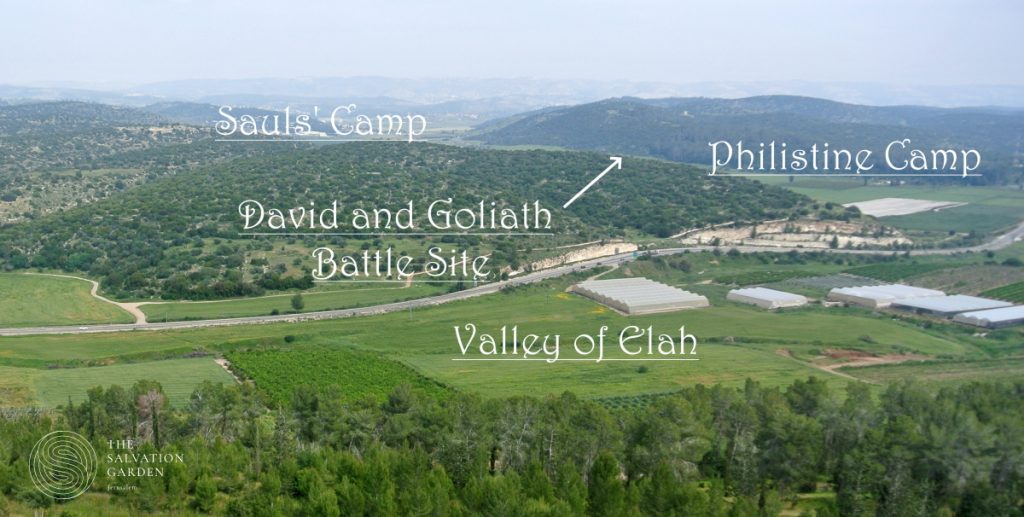